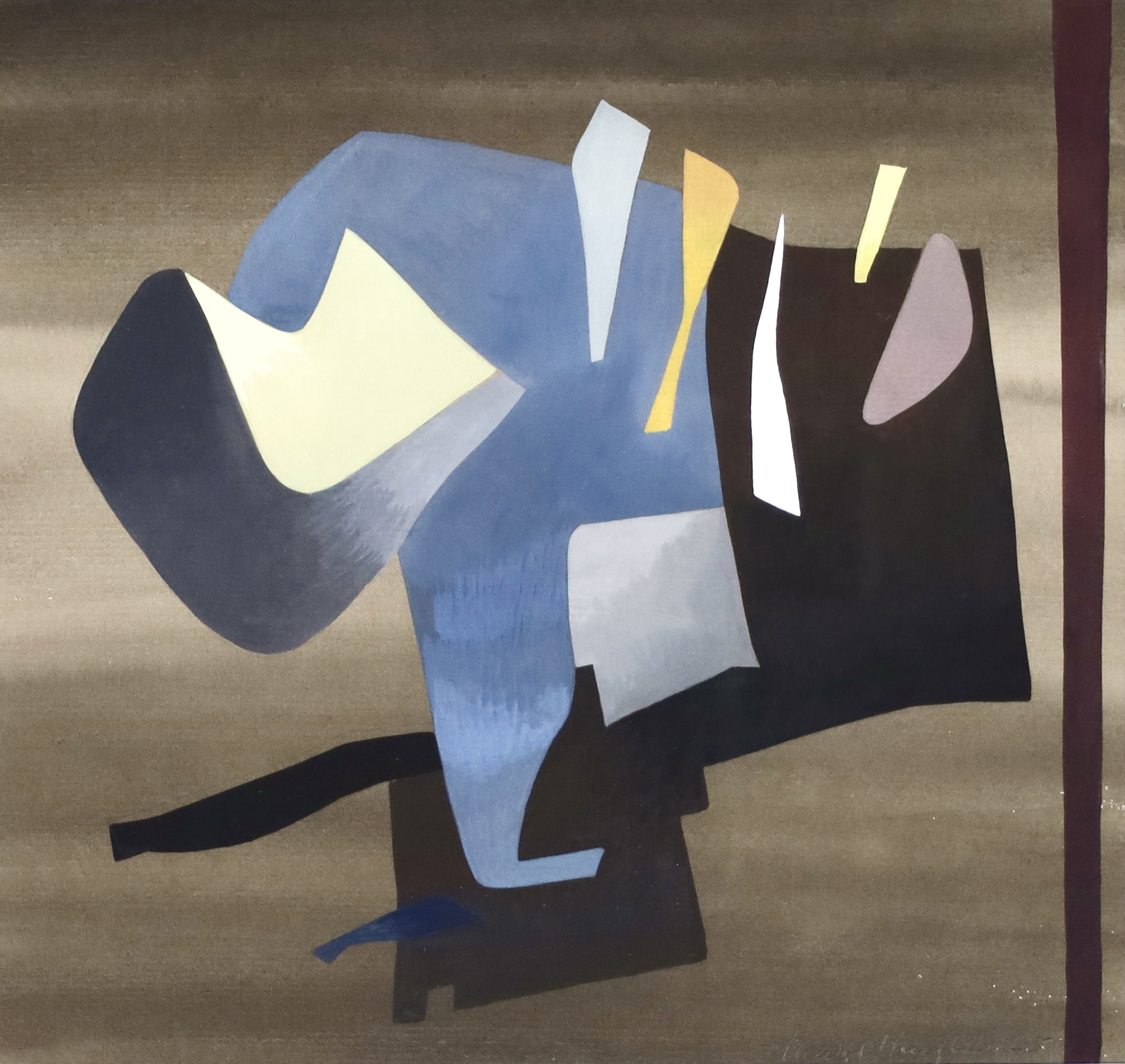 Knight was born in England, where she met and married her husband, influential American artist Charles Howard, in the 1930s.

Knight and Howard lived in London until 1940.  With the advent of WWII the couple moved to San Francisco where they lived from 1940 to 1946.

While in San Francisco Knight studied and shared ideas with the Howard family and other progressives in the San Francisco Bay Area.

The Howard family was at the forefront of progressive thought in the Bay Area.  Their artworks were collected by other progressive thinkers in the area.

Several of Madge Knight’s works are held in collections at the San Francisco Museum of Modern Art and the Fine Arts Museums of San Francisco.

Madge was a brilliant painter in her own right, but during a time in history that men were the breadwinners and the main focal point of the family unit, Madge gave up her life as an artist in 1946 and was not known to paint again.

Consequently, works by Madge Knight are very rare and almost never become for sale on the open market.

This painting was purchased from the estate of William Wurster, a leading San Francisco Bay Area architect, and student of Galen Howard.