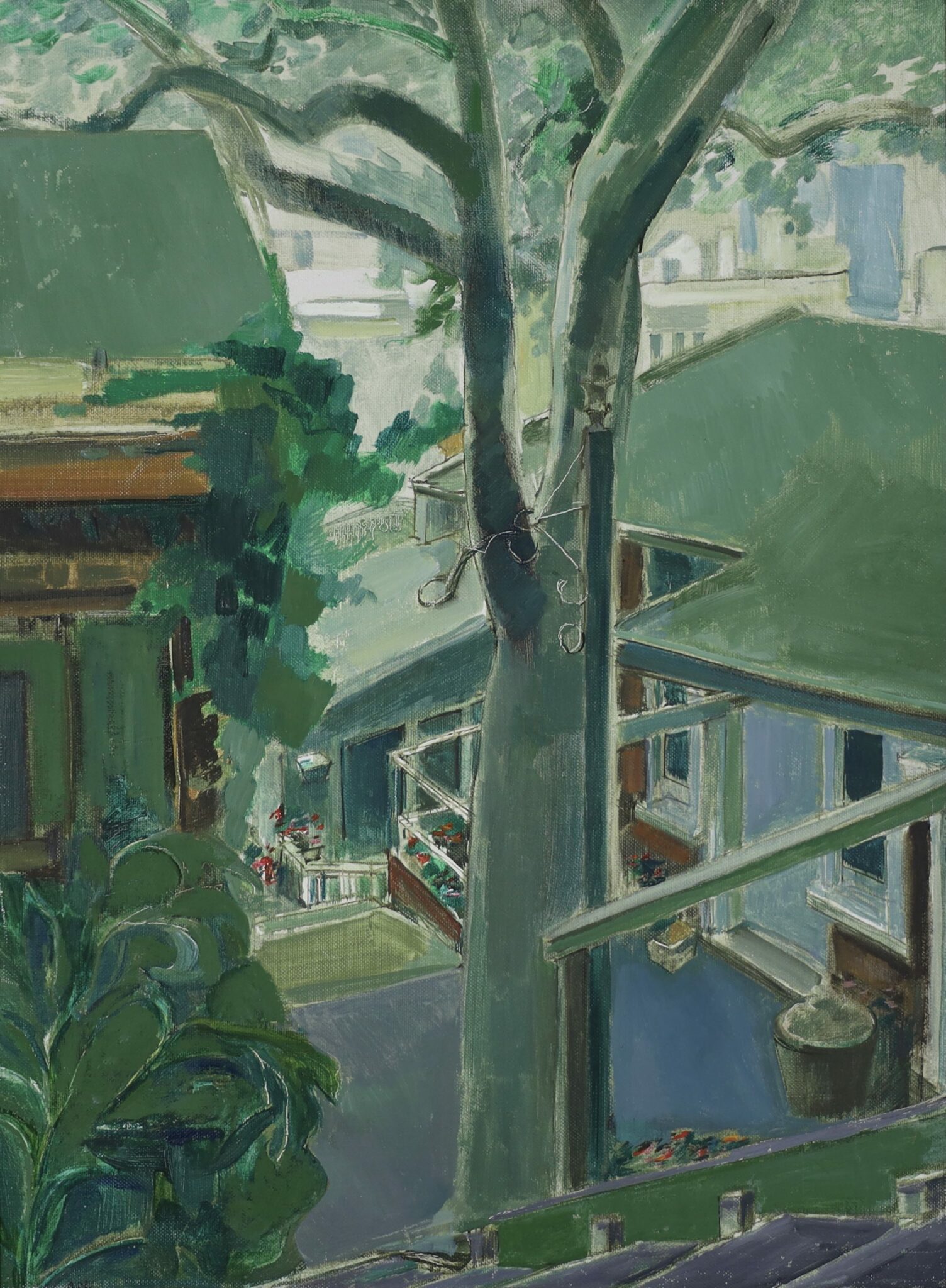 Maurice Lapp, (1935-2014), was an American painter and educator who lived most of his career in Northern California.

Lapp studied at the School of the Art Institute of Chicago, abroad on a Ryerson Foreign Travel Fellowship in the early 1950s, and under a Fulbright Grant in 1956.

He was an instructor of painting at the California College of Arts and Crafts in Oakland before moving north to Santa Rosa, California where he joined the art faculty at the Santa Rosa Junior College.

Lapp’s works were exhibited in many venues during and after his career including at Oakland Museum of California, the California Palace of the Legion of Honor at San Francisco, the Art Institute of Chicago, the Whitney Museum of American Art, the Denver Art Museum, the San Francisco Museum of Modern Art, and Expo 1970 in Osaka, Japan.

His works are held in many public and private collections including the California Palace of the Legion of Honor and the Oakland Museum of California.

This work is an oil on an artist’s board.

From the estate of the artist.