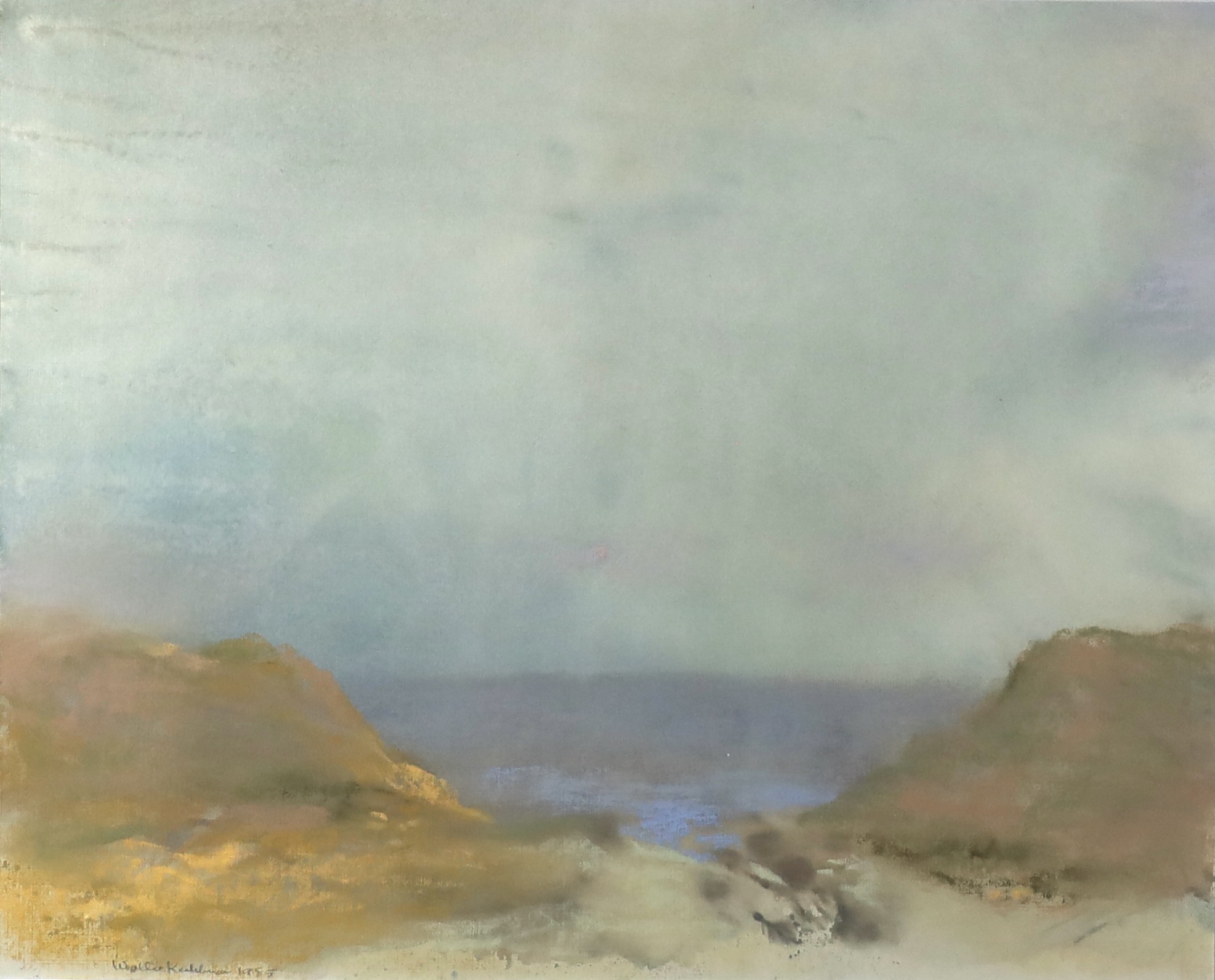 Walter Kuhlman studied at St. Paul School of Art, Minnesota from 1936-1939, and the University of Minnesota where he received his B.A. in 1941.

Kuhlman’s works were exhibited in many shows across the US including at Walker Art Center, Minneapolis, the Berkshire Museum, Pittsfield, Massachusetts, the La Jolla Museum of Art, the Santa Barbara Museum of Art, and the California Palace of the Legion of Honor.

This work is housed in a quality custom frame and measures 22 inches by 25 inches overall.