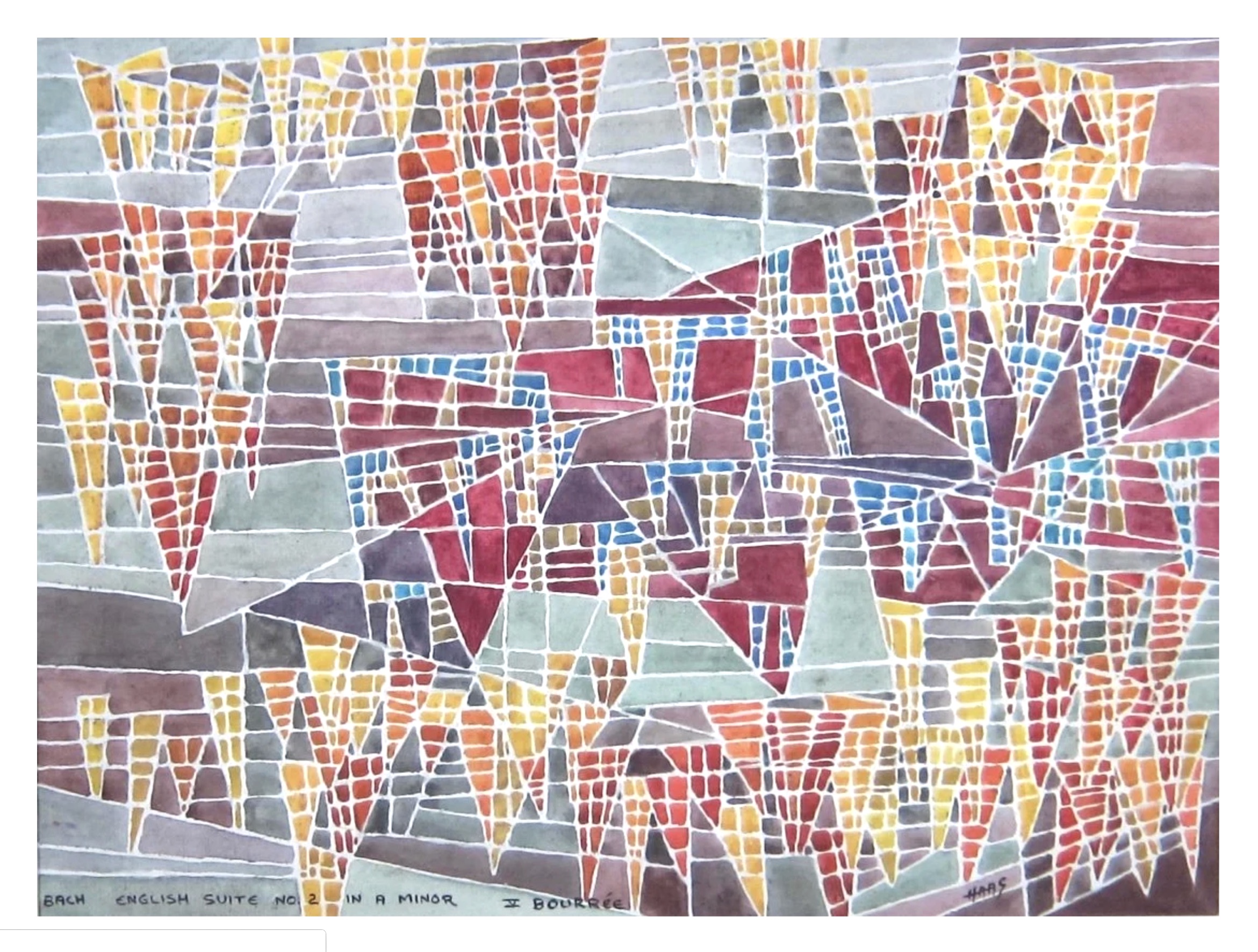 Hildegarde Haas was born with a unique and astounding ability;  The ability to see sounds.

Gifted with a condition known as synesthesia, when Haas heard certain sounds she would see colors and shapes.

As a painter Haas took full advantage of this gift, employing it to create some of her most novel abstract paintings.

The word Synesthesia finds its roots in the Greek language, roughly translating to ‘union of the senses’.

Ironically some scholars believe that the Ancient Greeks and Romans en masse had synesthesia.  One often quoted clue is found in Homer’s ‘Iliad’ and ‘Odyssey’ Homer describes the ‘wine dark sea’ describing the Aegean Sea of which there is none more blue.   This descriptor is cited by scholars who argue that ancient cultures did not experience colors in the same manner as we do today, for they all had synesthesia.

Many famous artists, poets, musicians and authors throughout history have had synesthesia including painters Wassily Kandinsky and Vincent Van Gough, musicians Duke Ellington and Billy Joel, and writer and poet Vladimir Nabokov.

Haas, like Kandinsky, channeled this ability while creating some of her works, including her classical music series.  While in her studio Haas imbibing in the sounds of Bach, Handel, Beethoven she put to paper and canvas what she experienced.

Each of the paintings Haas created in her classic music series are titled for the exact musical work she was enjoying while creating the corresponding painting.

While appreciating these vibrant and energetic paintings one has to wonder:  Is there someone with a similar gift to that of Haas, who can hear Bach’s English Suite No.2 in A Minor – V Bourree  while viewing Haas’s work by the same title.