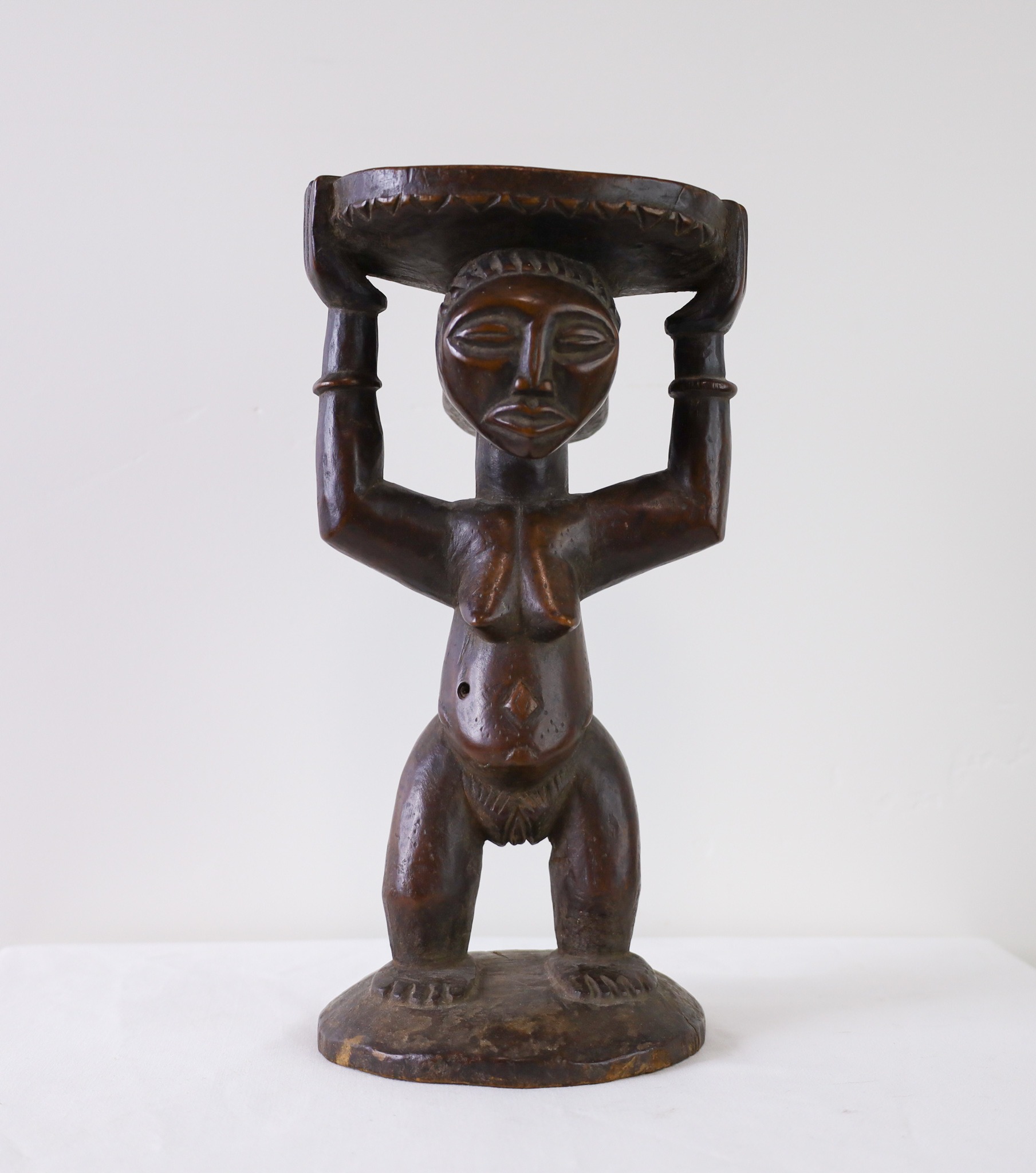 Early 20th-century prestige stool with a female caryatid carved by a Luba or Hemba artist of the Democratic Republic of Congo (DRC).  The DRC, formerly Zaire, is a sub-Saharan country of Central Africa.  Luba and Hemba peoples are known for their wood carvings, particularly prestige stools.  The hierarchy of society for these cultures is signified by seating forms beginning with grass mats, and ascending to animal hides, clay stools, and finally carved wooden stools.  Prestige stools are not meant to be used for seating, but rather a symbol of power and authority, and a receptacle for the spirit of the owner of the stool.   Among the Luba peoples prestige stools are all replicas of the first stool given to their first king, Mbidi Kiluwe, at the time of his investiture.

This prestige stool is supported by a standing female figure, a caryatid, who holds the seat platform on her head and supports it with her raised arms, hands wrapped around the edges of the platform.  Her body ornamentation signifies her standing in the society.

Although these societies are patriarchal in nature the Luba and Hemba peoples trace succession and inheritance through the matriarchal lines.  This figure likely depicts a female ancestor of the chief who possessed the stool.

This stool was purchased from a consignment shop in the San Francisco Bay Area.  The shop was selling a large collection of antiques and tribal art for a client living in the area.
The stool measures 10.5 tall, by 5.5 inches by 4.5 inches.  There is cracking/slitting to the back of the figure, the base, and the seat platform.
Price $1200