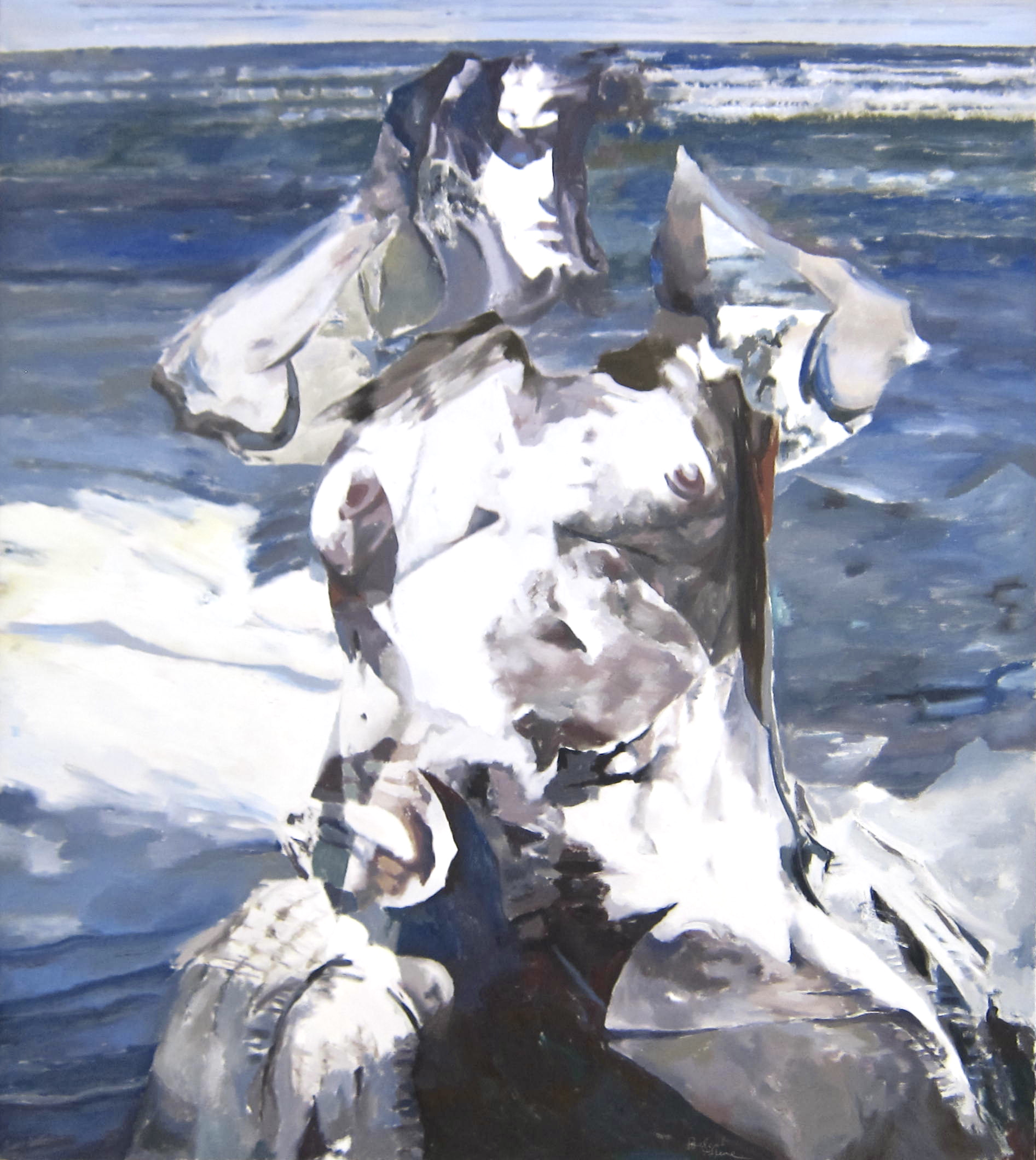 Greene is known as an artist that bucked current trends in favor of his own interpretations of what art should be.

During his career Greene worked in two different painting styles:  In the 1930s, when Green first began to paint, and while most artists were painting realist works of art, Green painted geometric abstractions.  In the 1940s, when modern art became more accepted in the United States, and most cutting edge artists were exploring pure abstraction, Green began to incorporate figures into his paintings, favoring a realist approach.

In the late 1940s Greene purchased land on Montauk Point, Long Island and built a home, on a high bluff. Greatly inspired by the energy of the sea, Greene began to paint expressionist abstractions with fragmented planes depicting imagery of the open sea, often with a human form in the forefront.

Green’s works are held in many private and public collections including :

This is a quintessential work by the artist, painted in 1966.