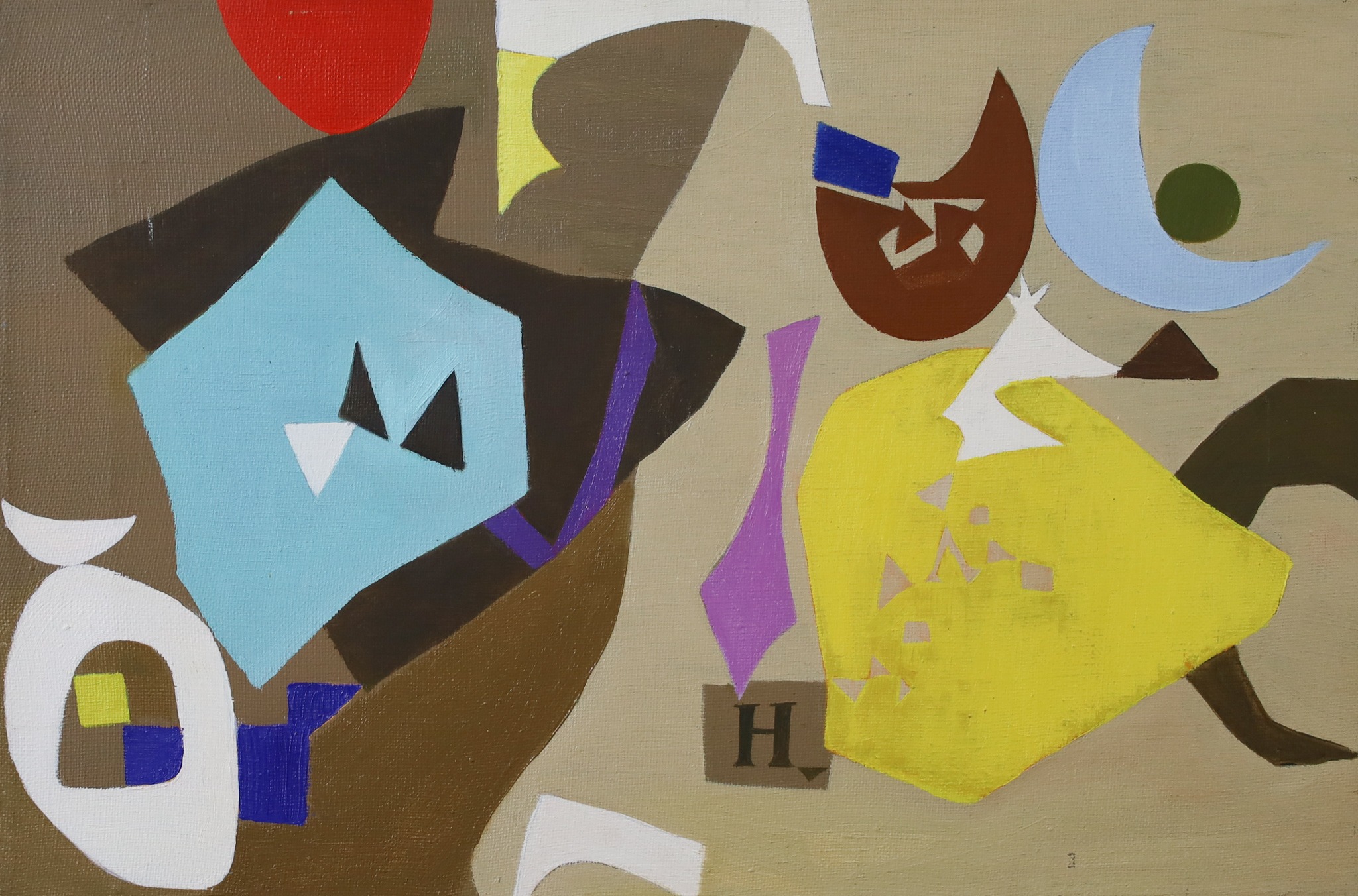 John Hansegger, aka Hans Egger, John Konstantin Egger, 1908-1989, was a Swiss-born modernist painter.  Hansegger was educated in Europe and had his first one-man show in Switzerland in 1928. He later joined the Kunstler-Vereinigung in Munich, Germany in 1933 where he participated in several exhibitions. In 1937 was in Paris, France where he joined other noted painters of the Surindependents movement including Paul Klee.  Also in 1937, Hansegger joined the Confederation of Modern Swiss Artists in Zurich, known as ‘Allianz’.  Allianz was an important group of forward-thinking modernists advocating the ideas of ‘concrete art’.  The group remained active and exhibiting through the 1950s and included such avant-gardes as Paul Klee, Le Corbusier, Gérard Vulliamy, Kurt Seligmann, Max Bill, Leo Leuppi, Sigfried Giedion, Walter Bodmer, Camille Graeser, Richard Paul Lohse, Sophie Taeuber-Arp, and Verena Loewensberg.

In the late 1940s, Hansegger began touring the world visiting Japan, Ecuador, and the United States where he settled permanently.

This work is from his concrete art period of the 1930s and is an oil on stretched canvas.