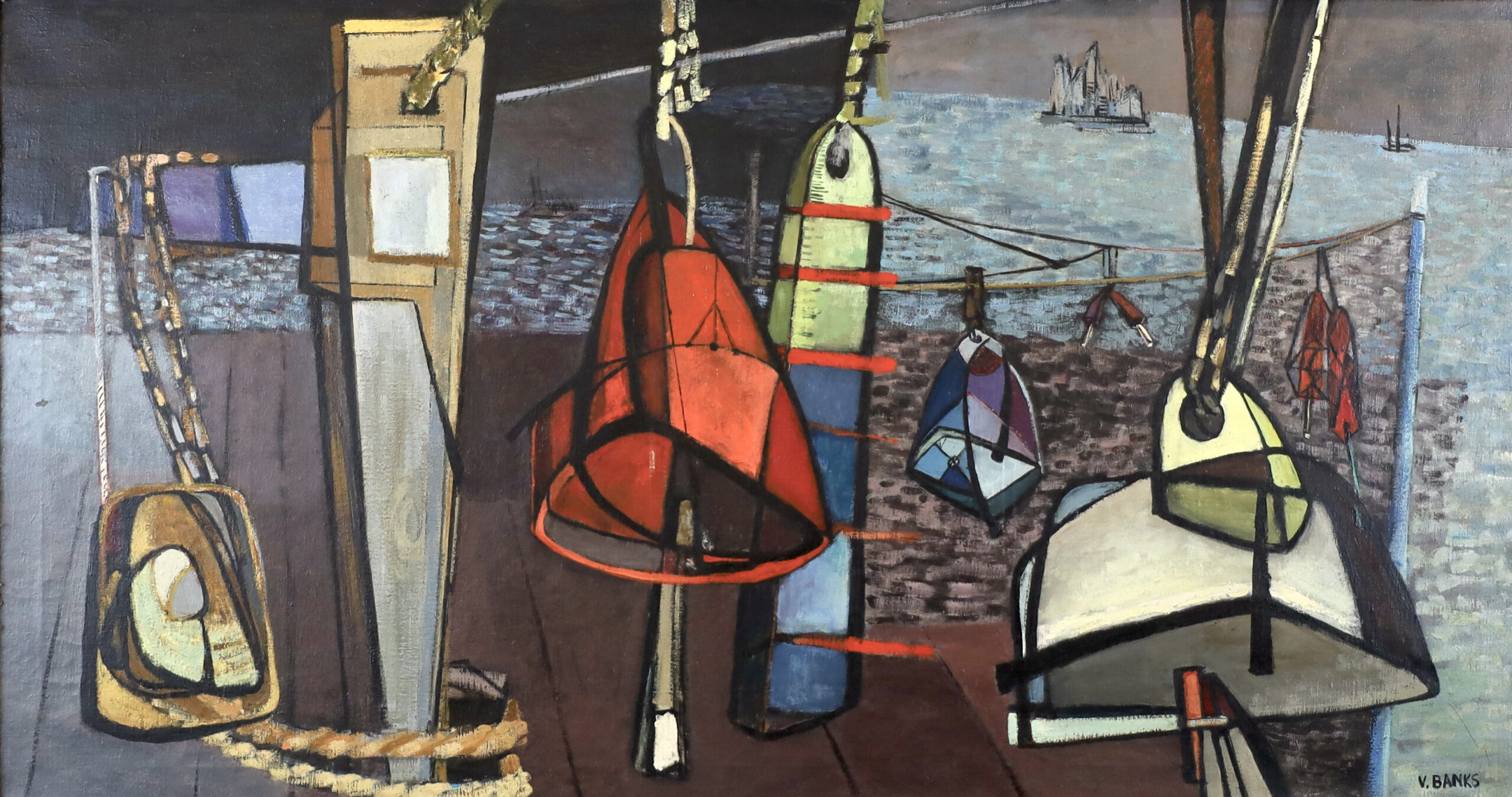 Virginia Banks, (1920-1985), was an American abstract artist who lived in worked in Connecticut and Washington State.

Banks earned a Bachelors degree from Smith College in 1941, and went on to earn a Master of Arts degree from the University of Iowa before moving to Seattle in the mid-1950s.

Banks exhibited frequently, especially during the late 1940’s and early 1950s, including the Pennsylvania Academy of Art and the Whitney.

This work was exhibited at several shows including Grand Central Modern Galleries, NY, the Pennsylvania Academy of Art in Philadelphia, PA, the Metropolitan Museum of Art, NY, and the Carnegie Institute in Pitssburgh, PA.

Housed in an artist made custon frame.