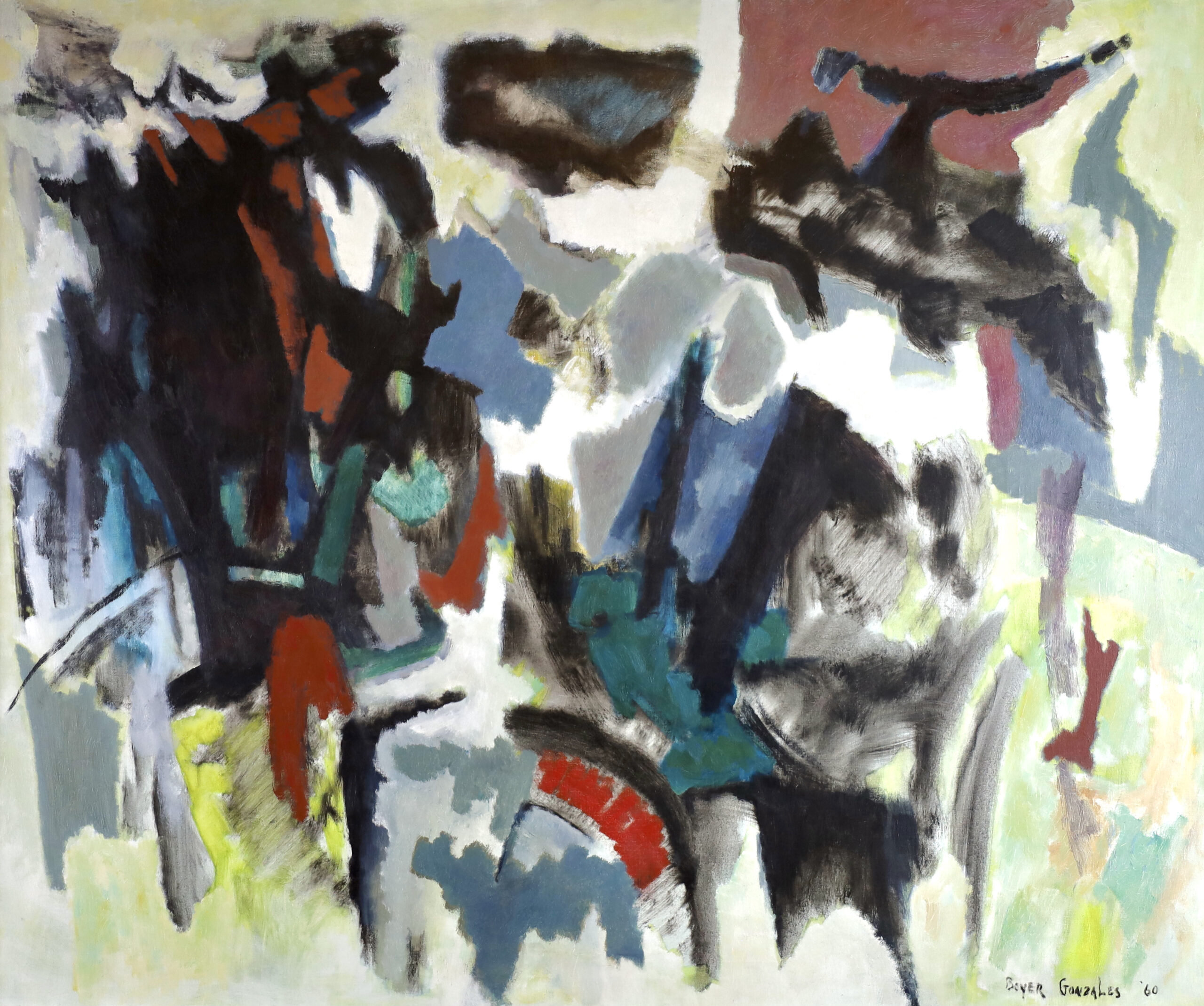 Boyer Gonzales, (Washington, 1909-1987), was an American modern artist who worked in Texas, California, and Washington.

Gonzales was born in Galveston, Texas, and raised there and Woodstock, New York.

He studied at Mercersburg Academy in Pennsylvania, the University of Virginia, in Roanoke, with his father Boyer Gonzales Sr. a noted Texas artist, as well as with noted American modernists Henry Lee McFee and Yasuo Kuniyoshi.

In 1937 Gonzales moved to San Antonio, TX to assist McFee in establishing the Witte Memorial School of Art.

This work is an oil on canvas, and it is titled verrso ‘Cornet’.