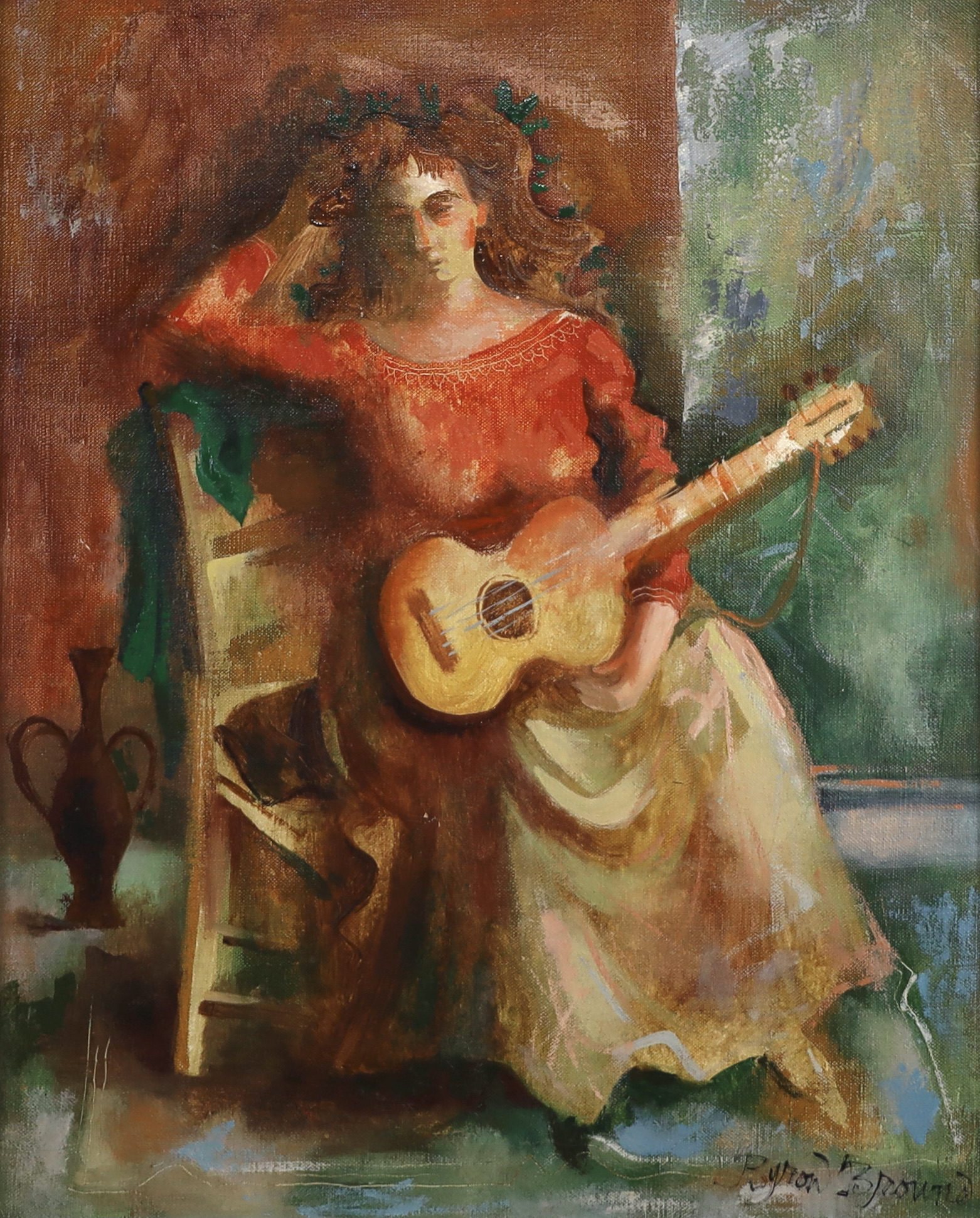 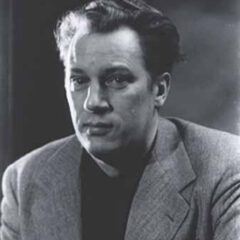 Byron (George Byron) Browne, (1907 – 1961), was an American modernist artist and a central figure in many of the modernist artistic and political groups that flourished during the 1930s in New York City.

Browne was born in New York in 1907 and began his training as an artist at the National Academy of Design in 1925.  While studying there, in 1928, Browne won the prestigious Third Hallgarten Prize for a still-life composition.

Before finishing his studies at NAD Browne discovered the newly established Gallery of Living Art. Through the Gallery of Living Art, and his friends John Graham and Arshile Gorky, Browne became familiar with the works of Picasso, Braque, Miro, and other modern masters.

Browne destroyed his early academic work shortly after leaving the National Academy, yet he remained commitmented to the value of tradition.

In 1950 Brown joined the faculty of the Art Students League, and in 1959 he took a position teaching advanced painting at New York University.

This work is from 1958 and depicts a seated woman with a guitar, a popular theme in Brownes work from this time period.