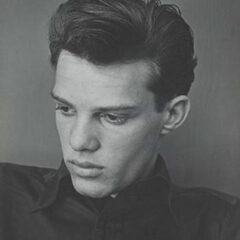 Dyer, who sometimes went by Carlus, was bo9rn in Springfield, Missouri, and lived and worked in Los Angeles, California in the 1930s.  During this time he was working for the Works Progress Administration, (WPA).  In the 1940s Dyer worked as a curator for the Museum of Modern Art in New York City, then moved to Connecticut where he retired after working as an instructor at an art school in Silvermine, CT.

Dyer’s works are held in private and public collections, including the Smithsonian American Art Museum.

This work retains a label from the WPA and is signed and dated lower left.