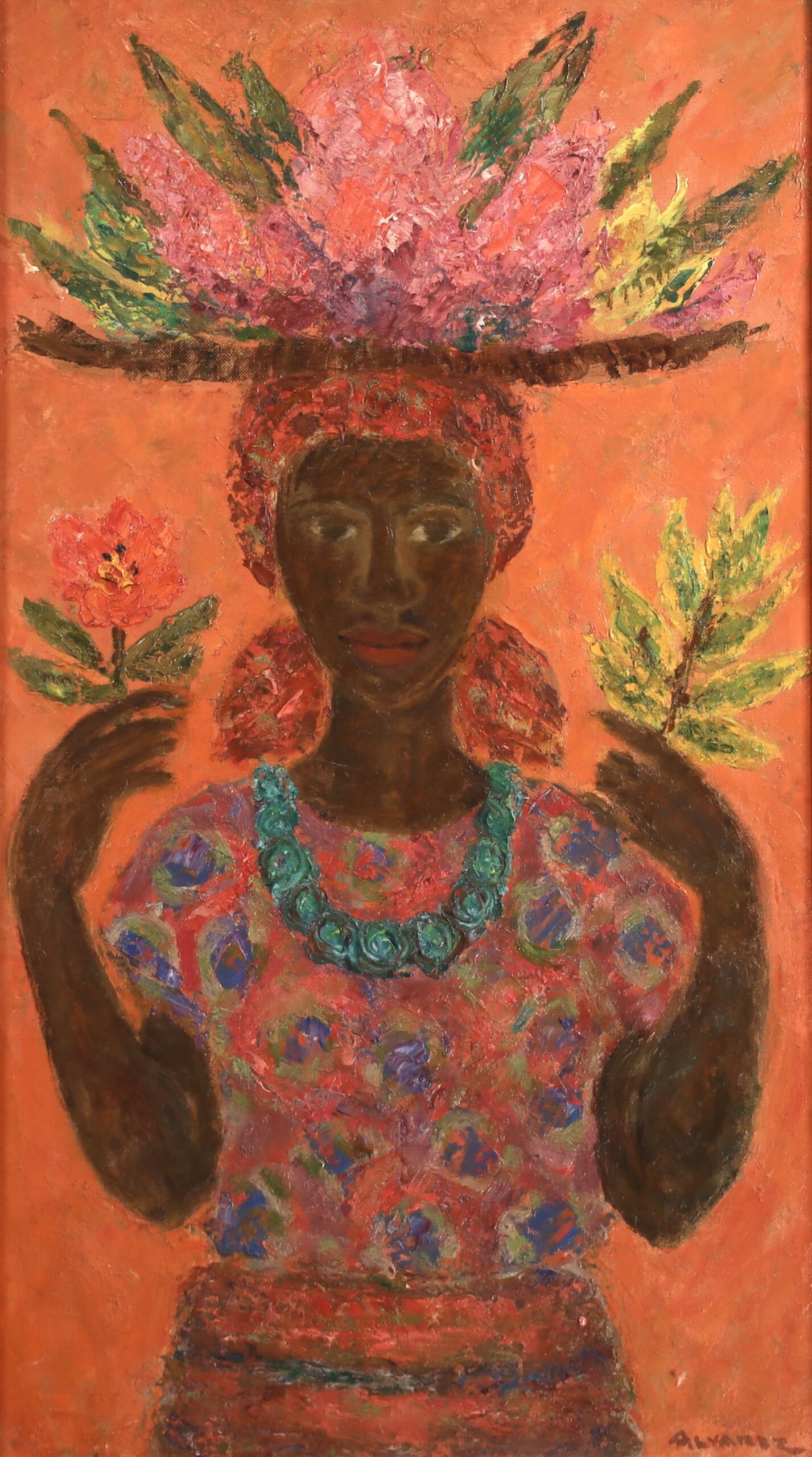 Alvarez moved with her family to California in 1906. In 1909 Alvarez’ artistic talents were recognized by her high school art teacher.

This work is an oil painting and is titled ‘Woman of Haiti’.