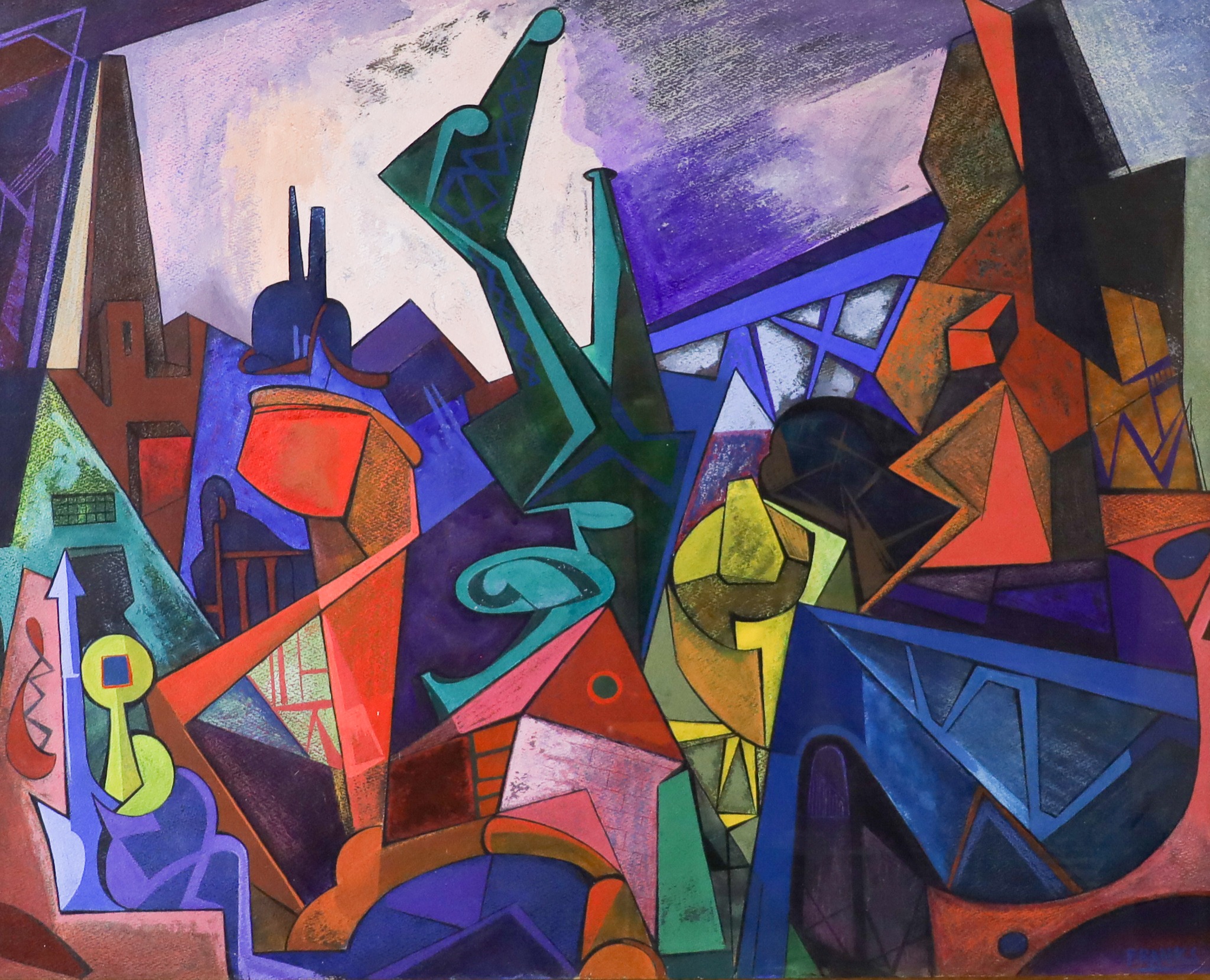 Seymour Franks, 1916-1981, was born in New York City in 1916.  At the age of 16, Franks was stricken with polio. He went on to work for the WPA and later studied at the National Academy of Design in 1937.  Early in his career, he created colorful modernist abstractions with biomorphic tendencies.  He later became an abstract expressionist as did so many other New York-based artists of the time.

Although isolated in hospitals as a young man Franks became a successful artist and continued to work throughout his life as an artist and designer, showing at prestigious venues including the Pennsylvania Academy of Fine Art in 1944 and 1954, The Whitney Museum of American Art from 1946-48, 1950, 1952, the Brooklyn Museum in 1949 and 1951, the Art Institute of Chicago in 1947, the Peridot Gallery in1948, 1950-55, the University of Nebraska in 1951, and at the University of Illinois in 1952.

This work is gouache on heavy artist’s paper and is dated 1945. The work came to us unframed and is rough at the edges with some rounded corners and pigment loss.  We matted down some to cover the frayed edges.  It is now housed in a contemporary frame under plexiglass.