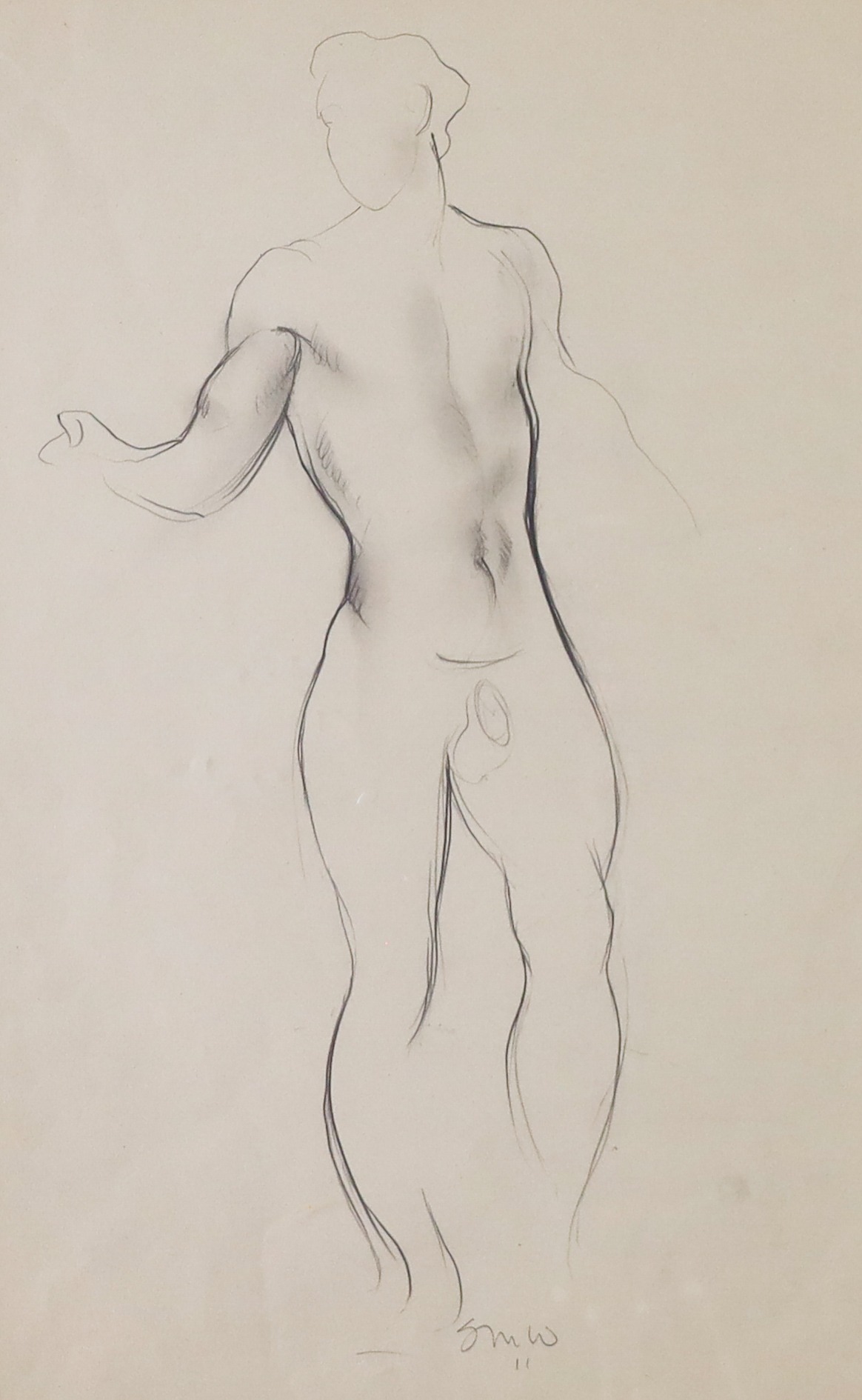 Stanton MacDonald-Wright, 1890-1973, was an American modernist and co-founder of synchronism.  MacDonald-Wright was born in Charlottesville, Virginia. His first name, Stanton, was chosen to honor the women’s rights activist Elizabeth Cady Stanton.  As a young man, Staton enjoyed a fairly privileged life and studied the arts from an early age.  He married when just 17 and moved to Paris to immerse himself in European art and to study at the Sorbonne, the Académie Julian, the École des Beaux-Arts, and the Académie Colarossi. He and fellow student Morgan Russell developed Synchromism, which would turn out to be the first American art movement to gain international attention.  Seeking to free their art form from a literal description of the world, Russell and MacDonald-Wright strongly believed that painting was an art form similar to music that should be divorced from representational associations.

While in Europe, Macdonald-Wright met many important artists of the time including Henry Matisse, Thomas Hart Benton, and Auguste Rodin, and art collectors Gertrude and Leo Stein.

Soon MacDonald-Wright would return to the United States with aspirations of grandeur in the thriving New York art scene.  He and Russell continued to exhibit and promote modernist themed shows, and MacDonald-Wright showed at Alfred Steilitz gallery 291, but in 1918 Macdonald-Wright moved to Los Angeles.

Macdonald-Wright was a significant figure in the Los Angeles art scene for the next several decades and became the director of the Southern California division of the Works Project Administration Federal Art Project from 1935 to 1943.  After World War II, MacDonald-Wright became interested in Japanese art and culture and refreshed his focus on his early modernist tendencies.  He also taught art for many years at UCLA, and he owned studios in Los Angeles, Kyoto, and in Italy

This work is an early figure study, pencil on paper.  The paper has a slight ripple, but is in great condition overall.

Framed, matted and under plexiglass.